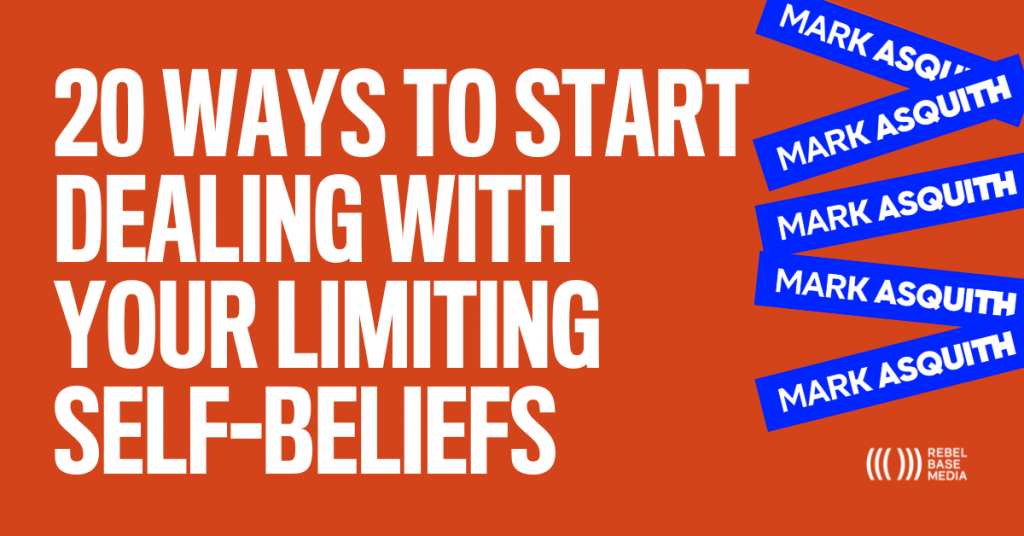 20 Ways to Start Dealing with Your Limiting Self-Beliefs

But it's still true.

You should actually start to take it seriously, because in the pursuit of breaking out of your lifestyle prison; in the pursuit of changing gears and seeking fulfilment from something new in your entrepreneurial careers, your own limiting self-beliefs can be some of the most destructive forces to affect you, often keeping you from making the moves that you need to make and keeping you tethered to the past – or even fearful of leaving the present.

Last month I talked about the need to fix yourself emotionally, physically and mentally before even considering undertaking a new entrepreneurial challenge.

Because breaking out of the lifestyle prison that you've built for yourself is not going to always be easy.

Thanks to that, we all have to equip ourselves with the confidence to push through, to keep moving one step at a time when things get tough.

Sounds like a business book doesn't it? I know, I wrote it.

Instead, I'm going to give you twenty simple things to do to expand your horizons, twenty things that I've actually done over the last couple of years to break through some of my own limiting beliefs which led to me breaking out of my own lifestyle prison in 2017.

I'm discussing each one of these limiting self-beliefs on my podcast, too in detail.

20 Ways to Start Dealing with Your Limiting Self-Beliefs

Most of us limit ourselves in one way or the other. And it's a lifelong struggle to continually battle that.

But honestly, by taking small, simple steps towards overcoming the tiniest of limiting self-beliefs, you'll be astounded by the disproportionately HUGE results that you see.