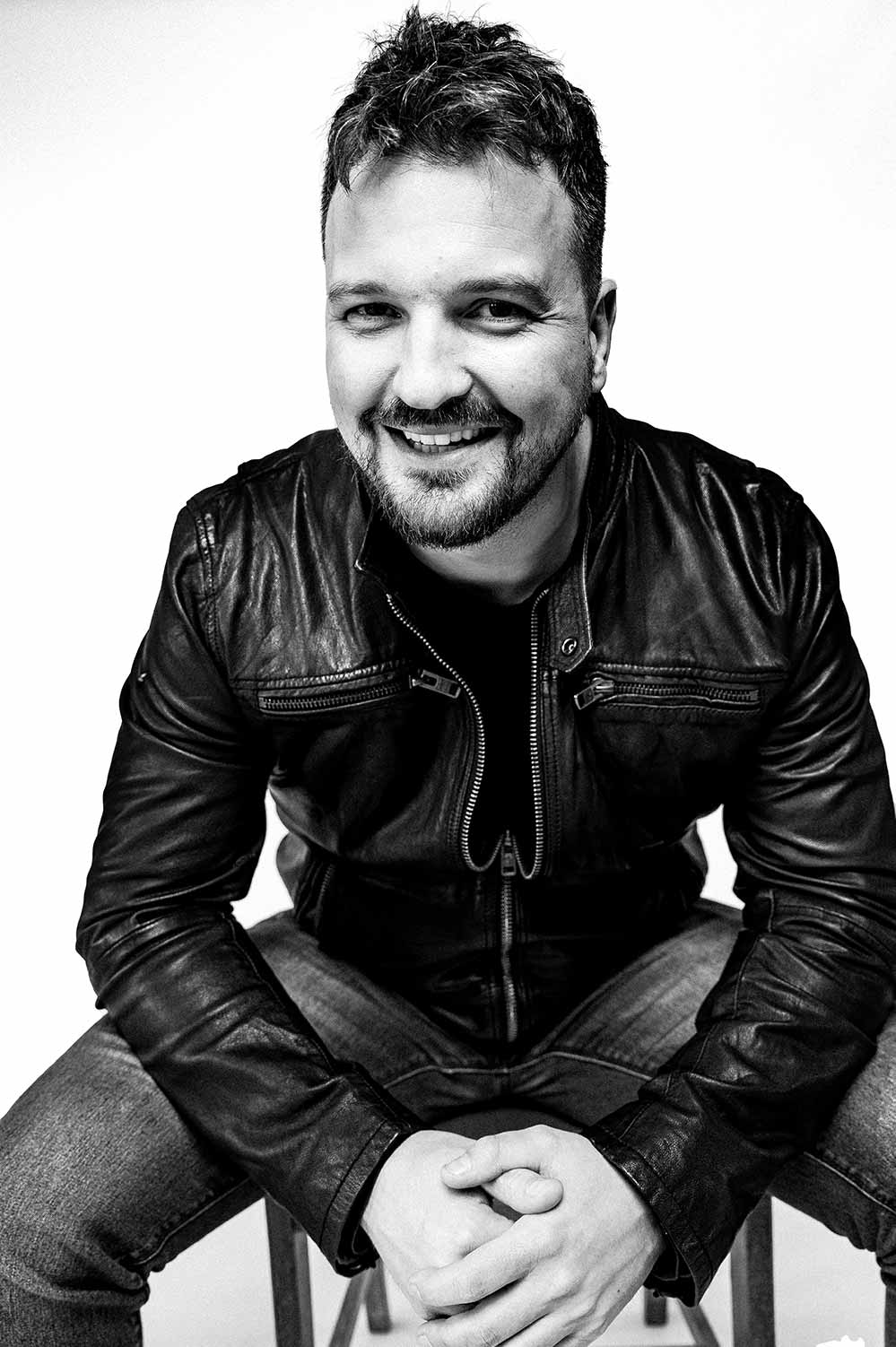 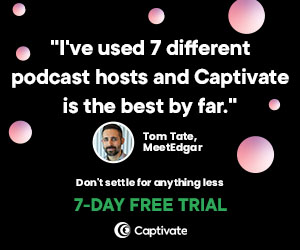 In 2017 I closed the design & digital agency that I’d spent ten years building to focus on one of two six-figure side projects that I had built since the beginning of 2015: my personal brand and passion project, Excellence Expected and more prominently the software company that I founded with Kieran McKeefery and John Lee Dumas, Podcast Websites.

Today, Podcast Websites is my main focus but until August 2017, it was a side-hustle.

A side-hustle that we quickly turned into a six-figure business with a team across the world.

Let me tell you how that happened.

Twelve years earlier, I began learning how to build websites. First as a hobby and later, as a commercial endeavour that resulted in building that design agency into an agency that worked globally for brands that we’ve all experienced.

I also learned how to write & communicate articulately, how to market and how to get people really excited about whatever it was that I wanted them to be excited about.

I learned how to spot problems and think around them.

My brain works in a really specific way and apparently, I don't see things like other people do.

And it is that ability, unbeknownst to me, that turned a week of frustration into Podcast Websites during the autumn of 2014.

At the time I was in the midst of launching volume one of my Excellence Expected podcast and throughout that period I’d spent so much time learning how to podcast that my brain was full of editing this, New & Noteworthy that and clamouring over iTunes reviews that I took something for granted:

But I knew the other stuff that matters when starting a podcast. I just didn’t seem to have the time, amongst all this bloody podcasting, to develop my platform.

But I was lucky. Thanks to my web background I already knew:

But more than that, I had resources that no other podcaster had and I had them for free as part of my agency.

Thanks to this, I was able to focus entirely on building my audio out, branding my podcast and launching the thing to the world.

I took it all for granted.

At around the time my podcast launched, September 30th, 2014 (International Podcast Day) something else was happening in that odd little head of mine: I was itching to be professionally fulfilled by something other than my agency.

I needed to flex my creative muscles on a new business and even though Excellence Expected is now a six-figure business, back then it was just a hobby – heck, I wasn’t even interested in monetising the podcast.

That wasn’t going to be a business for a while, it wasn’t intended to be.

But one thing that I was certain of was this: Excellence Expected wasn’t just a podcast.

No, Excellence Expected is a brand.

It's an experience that embodies me, my attitudes, my love for DC comics, my straight talking, expletive-filled narratives and my willingness to help people to do the things that THEY love.

It just so happened that I chose a podcast as my content delivery mechanism from day one.

But I was lucky. I knew that being a brand with a platform that was crazy high-quality matters to a podcaster.

Not all podcasters realise that, still.

A month or so later, I emailed a spirited entrepreneur based out of San Diego called John Lee Dumas to ask him if I could be a guest on his podcast, EOFire.

John was around my age, seemed a nice guy and listening to his show, he seemed to think like I do: f*ck it, of course, we can do it!

John emailed me back almost immediately asking me to book a time to talk for his podcast. I booked time for November of the same year, just a few weeks after the initial email.

In the weeks running up to that interview, my abstract brain went to work again – my Grandma does always say that it’s an active mind, I guess she’s right.

But what if their lack of digital knowledge, the same knowledge that I took for granted, was the very thing stopping them from sharing their voice with the world; what if that knowledge gap was stopping podcasters who were already publishing from reaching their true potential because they hadn’t become a brand or built their platform?

And so, Podcast Websites was born.

I registered the URL and decided to do something to flex my creative muscles, muscles that I felt had atrophied a little during that period at my agency.

I took every single scrap of knowledge that I had about building websites as a service within a traditional agency model, and I did something I’d never done before:

I migrated that knowledge into a recurring revenue product.

(Note: there are 30, 7-minute episodes of my podcast dedicated to giving more depth to this story that you can learn from, too.)

The idea, as it was intended to go and later proved to work well as, was to provide podcasters with an all-in-one solution to their entire web issue.

Rather than pitching clients for work in order to build a website for them as a traditional agency model dictates, Podcast Websites would deliver the very same outcome – a world-class, scalable web presence but it would do so whilst being sold as a recurring revenue product that would come with no invoice-chasing, no pitching and a completely customer-focussed culture.

We would build this upon WordPress because we knew it, it’s super scalable and people trust it.

We would build in podcast media hosting and download stats, we would provide 24/7 support for the platform and we would give podcasters a fully integrated experience that meant that they no longer needed to compromise on a clunky interface that can be overwhelming to people who simply want to publish.

In short: we would take the pressure; we would remove the stress; we would allow podcasters to BE podcasters and importantly we would make sure that new podcasters could focus on learning to podcast, not becoming a web designer, developer, support technician and more.

In the midst of this exciting phase of ideation, something struck me.

I was going to do this anyway. It was already happening.

But, what if I could test & validate the idea, plus build a superb working relationship with someone who seemed to think like me and was already succeeding in podcasting where I was succeeding in web?

A few days before my interview on EOFire an email landed in the inboxes of John Lee Dumas and his partner, Kate Erickson with my idea fleshed out, an outline of the implementation plan and the team (Kieran, who was working as an employed developer for my agency at the time had eagerly come aboard as co-founder) and, importantly, some deep (and apparently, startlingly accurate) research into John & Kate’s Podcasters’ Paradise membership community.

My gut instinct was right: John and Kate saw the issue like I did and although they didn’t have the team or background to solve that problem, they saw that we could put together a team that would not only solve the problem, but that would give podcasters the chance to develop their platform on their terms and to serve the big vision for their show.

In short: John and Kate were as excited about Podcast Websites as Kieran and me were.

After a few weeks of brainstorming and ironing out the logistics, partnership agreement and co-founder responsibilities, we decided to test the idea on a pre-launch webinar.

On 18th February 2015, we held a webinar that attracted over 300 live participants from John’s audience and we crafted a Founding Members offer that rewarded early interest by giving people a tiered lifetime discount, depending on how quickly they registered their interest for the webinar.

The first ten people who registered for the webinar would receive a discount that would give them Podcast Websites for $10 per month, for life.

The next twenty, $20 for life and everyone else who registered for the webinar received a discount code to join Podcast Websites at $47 per month, for life.

The product now costs $97 per month.

All the attendees had to do to fully realise their discounted lifetime rate?

In fact, over 100 podcasters signed up for the Podcast Websites beta programme, some now running their own six-figure podcasting businesses with the support of our team.

Since then, our member-first focus, our dedication to true 24/7 support and the willingness to treat podcasters as real people, to get to know each of our members as much as possible, Podcast Websites continues to grow at an exciting pace.

We hit six figures in our first year as a side-hustle.

And we remained a side-hustle until I decided to leave my agency to focus on helping podcasters full-time.

We were that present, that dedicated and that focussed on helping people that no-one knew it was a side-hustle.

As the business grows my brain continues to work as it always has but this time, we have a wonderful team that includes Kieran, John, Kate and I but that also includes Ramona, Izzy, Lester, Hana and an in-house design team that we couldn’t be prouder to offer to podcasters.

By focussing on solutions to problems and adopting a “help first” attitude, we have been able to create our Academy, offer free design time to every member who joins Podcast Websites and as a parting thought I’d like to offer you this:

If you want to create a successful business, there is only one thing that you need to remember: your job is to support the goals of your customers and to help them exceed those goals.

Podcasters are brands, they owe their listeners a memorable experience.

We owe our podcasters the chance to build that experience easily by being real people who listen, genuinely care and deliver what we promise to.

And THAT is how we built a six-figure side hustle.

What I haven’t told you…

The reason why I decided to leave the agency that I’d spent a decade working on rather than maintain two profitable businesses was a simple one: I’d built myself a lifestyle prison. A prison that I had to escape, no matter what.

I did that by migrating my knowledge to a new type of application.

And I believe that anyone can do it.

I’ll be talking about exactly what a lifestyle prison is during my next post.